Family Separation at the Border and the Pipeline to Adoption

In 1904, at the borderlands between Mexico and the United States – the Arizona Territory – white Catholic orphans placed with Mexican Catholic families were abducted at gunpoint by white townspeople who could not abide the transracial placement of these children. Leaving these children with Mexican parents was, in their minds, tantamount to child abuse. When the Catholic Church sued for the return of their wards, the case wended its way to the U.S. Supreme Court. The Court accepted the assertion by the white townspeople that the Mexican parents were “by reason of [their] race, mode of living, habits and education, unfit to have custody, care and education of the child.” You can read more about this episode in Linda Gordon’s excellent book, The Great Arizona Orphan Abduction.

That skepticism of the not-American parents and their ability to parent resonates today with Trump’s policy of family separation at the border. Taking children away from their parents can seem justified only if we first dehumanize the parents and believe the children are somehow better off without them. Today, hundreds of children separated from their parents have not been reunited, and as one former ICE head has noted, they may never be.  Many of the children could be in the pipeline to adoption, and the younger the child the more likely they are to be attractive to prospective adoptive parents.

The separated children are in the legal custody of the Department of Health and Human Services, and many are in the physical custody of child-service agencies that are actually gatekeepers of the pipeline to adoption. For example, Bethany Christian Services has a contract with the federal government to provide foster care services to 81 children separated from parents at the border. It is also a full-service adoption agency with offices in 36 states. There is no suggestion of wrong-doing involved here, but the connection illustrates the ease with which children separated from their parents can begin the journey toward a fully legal adoption in the United States.

To move them through the pipeline to adoption, we have to establish that the parents are unfit to raise their children or that they willingly given up their children. But decisions about fitness and consent can be wrapped up in beliefs that dehumanize brown people and tout American exceptionalism. The Great Arizona Orphan Abduction of 1904 and the family separation pipeline to adoption today illustrate those beliefs.

Courts have not always been kind to immigrant parents. Encarnación Bail Romero is an immigrant whose infant son was placed for adoption with an American family after she was swept up and jailed in an immigration raid in Missouri.  She arranged for the child to be cared for by her sibling in America, and then when that fell through requested that the child be sent to Guatemala to be cared for by another sibling. Nonetheless, the child was placed for adoption against his mother’s wishes.  The trial court foundEncarnación had abandoned the child by not responding to court summons, ignoring the fact that she did not receive some of them, had no attorney for most of the process, and did not speak English.  Further, the court found, Encarnación was unfit because of her “lifestyle:” “smuggling herself into a country illegally . . . is not a lifestyle that can provide any stability for a child.  A child cannot be educated in this way, always in hiding or on the run." If undocumented status by itself renders one unfit to be a parent, then every one of the children separated from parents at the border are in the pipeline toward permanent separation and adoption.

Perhaps one could argue that separation could be avoided by simply deporting parent and child back to the country of origin.  There, the parent won’t have the “lifestyle” of an undocumented immigrant.  But that argument wouldn’t have saved Encarnación’s family.  The trial court further found no proof that she would be employable in Guatemala, had a home there, or had any way to care for her child in Guatemala – all the things that likely led her to America in search of a better life. Indeed, some courts have concluded that the dangerous conditions at home that caused a parent to seek asylum in the United States makes them unfit to have custody of their child in their home country.  The kids are better off with strangers in America than with family in their countries of origin, and the longer children stay with foster or prospective adoptive families the more reluctant courts are to remove them.

About half of the cases of children not yet returned to parents involve parents who have allegedly voluntarily waived the right to reunification. Believing that these waivers are voluntary ignores the kinds of tactics that are common in adoption to induce consents from birth parents. In a recent article I wrote about the kinds of actions that can invalidate adoption consents – fraud, deceit, coercion, false promises. Agencies wanting to move kids through the pipeline to adoption might take advantage of youth and ignorance, and there are real tendencies to believe that fathers, especially, are not interested in parenting and therefore eager to place children for adoption. Add in language difficulties, and the situation is rife for invalidly obtained consents. In one case in Mississippi a mother lost custody of her newborn infant, who was placed with a prospective adoptive family, after a hospital interpreter who only translated Spanish said that the mother – who spoke no English and a Mexican dialect not Spanish – wanted to place her child for adoption. In fact, the mother had said no such thing.

Moving children from family separation to adoption starts from the premise that some parents – and especially those immigrant parents not like us – care less about their children than we do and are thus willing to give them up with little concern.  They are based on American exceptionalism, an assumption that it is completely rational for the immigrant parents to want their children to grow up in America even if it is without them. We cannot replicate the Great Arizona Orphan Abduction and remove children from their parents just because the parents are different from ourselves.

Malinda L. Seymore is a Professor of Law at Texas A&M University School of Law. She teaches Adoption Law and has written widely in that area. She is an adoptive parent. 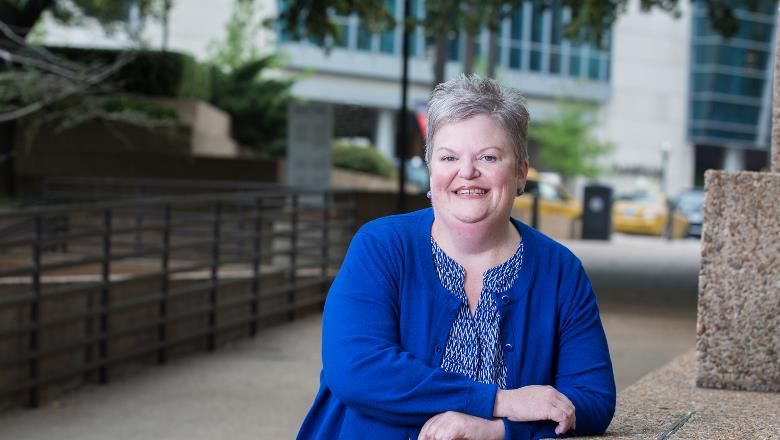