Texas A&M School of Law Professor William Magnusom offers his opinion, which was used to explain the effects of the financial crisis on the legal industry. In Law360's in-depth, feature issue about "How A 'Lost Generation' of Associates Bounced 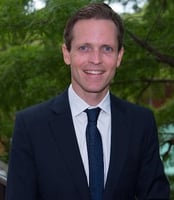 "My colleagues and people who have graduated around that time seem to have succeeded, and that may be because it was a difficult time, and they had to think through their priorities and what kind of jobs they have,” he said.

Find out more about what Texas A&M University School of Law faculty members are doing in and outside the classroom.