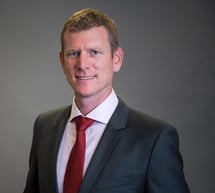 Texas A&M University School of Law Professor Felix Mormann spoke at the celebration of Public Utility Regulatory Policy Act (PURPA) @ 40: Renewable Energy Law and Policy in the United States. The conference was hosted by the University of Utah S.J. Quinney College of Law.

PURPA is the nation's most important renewable energy statute.

Mormann was one of the panelist who facilitated a roundtable debate entitled: 40 Years of 20/20 Hindsight: PURPA Challenges Today.