Professor Peter Yu is Texas A&M University School of Law's newest member of the American Law Institute (ALI). ALI is the leading independent organization in the United States producing scholarly work to clarify, modernize, and otherwise improve the law, according to its website. Yu is among the 38 members newly elected by his peers to the ALI. 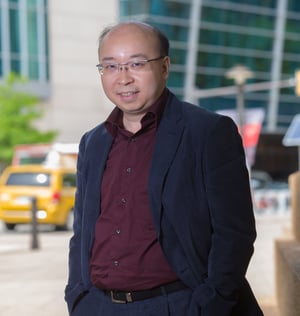 Professor Peter Yu directs the Center for Law and Intellectual Property at Texas A&M University School of Law and holds a joint appointment at the School of Law and the Department of Communication at Texas A&M University. He is an award-winning teacher, a prolific scholar and a world-renowned expert on international intellectual property and communications law. He also writes and lectures extensively on international trade, international and comparative law, and the transition of the legal systems in China and Hong Kong.

Yu has served as the general editor of The WIPO Journal published by the World Intellectual Property Organization (WIPO) and as the Director of Studies of the American Branch of the International Law Association. His lectures and presentations have spanned over 30 countries on six continents, and he is a frequent commentator in the national and international media. His publications have appeared in Chinese and English and have been translated into Arabic, French, Japanese, Spanish and other languages.