Texas A&M University School of Law Professor Irene Calboli co-organized the second IPIRA Conference in Indonesia in late February. Hosted by the IP & Innovation Research of Asia (IPIRA) Network, the Second IPIRA Conference was held at the Faculty of Law, Universitas Indonesia and welcomed over 150 presenters, chairs and other colleagues from countries in Asia-Pacific, North America, Europe and Africa.

In addition to being a co-organizer, Calboli is also the founder of the IPIRA Network, which counts over 500 members from academic institutions across the world since its launch in 2018.

The IPIRA Conference provides a forum for intellectual property researchers to discuss their papers and works-in-progress with other academics, practitioners and policy makers. The Second IPIRA Conference was organized as a collaboration between Texas A&M University School of Law, the Faculty of Law, Universitas Indonesia, WIPO Academy, World Intellectual Property Organization (WIPO), the Intellectual Property, Government Procurement and Competition Division, World Trade Organization (WTO) and the Faculty of Law, University of Geneva. 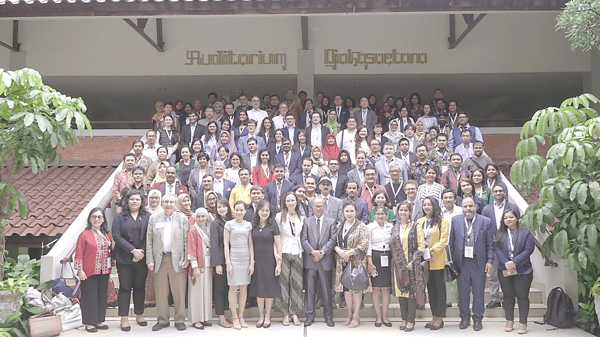 This year's conference follows the First IPIRA Conference, which was organized by the same institutions in collaboration with the Ahmad Ibrahim Kulliyyah of Laws, International Islamic University Malaysia on January 31 and February 1 of 2019.  The IPIRA Conference is also linked to the IP Researchers Europe Conference (IPRE), which was launched in 2018 in Geneva, and which was also co-organized by Calboli.

Professor Ari Kuncoro, the Rector of Universitas Indonesia, opened the Second IPIRA Conference. The Rector highlighted the importance of intellectual capital and IP protection as an engine to promote innovation in his opening remarks, and he praised the organizers of the IPIRA Conference for providing an important forum to connect researchers and policy makers to discuss recent developments in the area of intellectual property law. The conference’s keynote addresses were delivered by Ms. Nien Ushien, Minister of Law and Human Rights of Indonesia, and Dr. Rahmi Mulyati of the Supreme Court of Indonesia. 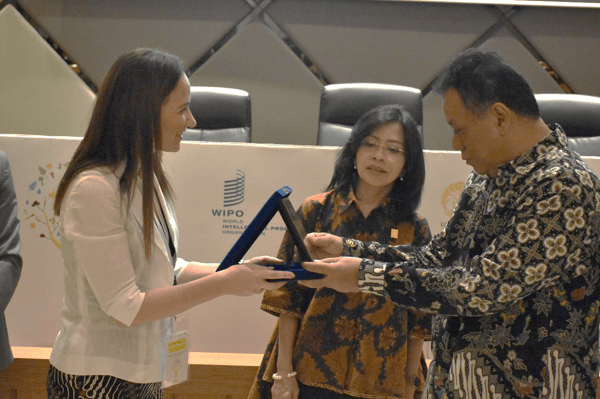 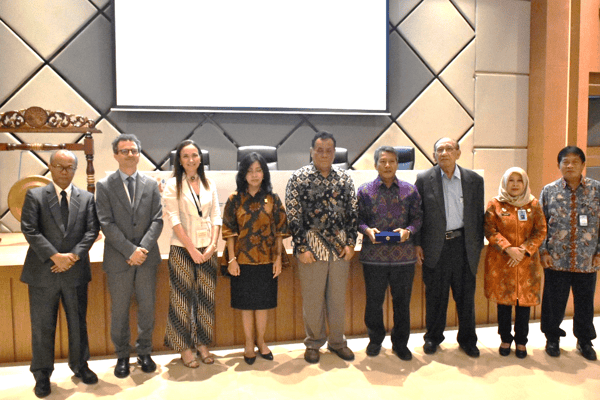 The two-day conference included over 20 parallel sessions, in which senior and junior professors, research fellows and Ph.D. candidates presented their works-in-progress to other presenters, practitioners and government officials. The topics presented focused on current and hot issues in the field, including AI, Blockchain, New Technologies, Patents, Standards, Access to Medicines, Trademarks, Geographical Indications, Copyrights, Traditional Cultural Expression, Traditional Knowledge, Plant Varieties, Sui Generis Rights and Data Protection. The Second IPIRA Conference also featured a plenary session, which was chaired by Calboli and focused on the importance of connecting academic research, teaching and policy making both at the international and national level. The session included Dr. Andriensjah, directorate general of intellectual property of Indonesia, as special guest. The program of the Second IPIRA Conference is available here and the abstracts here.

The thought-provoking and intensive academic program of the Second IPIRA Conference was followed by a cultural night, in which participants to the conference enjoyed a number of traditional and modern performances by Indonesian students and faculty. Indonesian celebrity artists Dwiki Dharmawan and Fryda Lucyana also joined the evening and performed for the guests. The Second IPIRA Conference’s Cultural Night was a unique and memorable experience for all the participants. 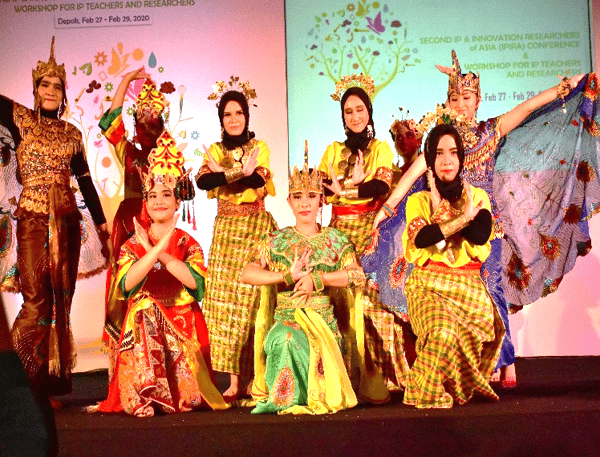 Participants acknowledged the work of Calboli, whose engagement in Asia has brought about important opportunities for scholars in the region. In addition to co-organizing the annual IPIRA Conference since 2019, she founded the IPScholars Asia (IPSA) Conference and organized its 2016, 2017 and 2018 editions at Singapore Management University. The IPSA Conference was renamed “Asian IP Works in Progress Conference” and held its fifth edition in 2020 at City University of Hong Kong. Calboli was also a co-organizer of the first WIPO-WTO regional colloquium in Asia, which was held in Singapore in 2017.