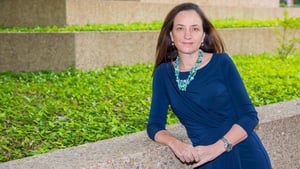 In October 2020, Professor Irene Calboli published the Cambridge Handbook of International and Comparative Trademark Law, which she edited with Professor Jane Ginsburg of Columbia Law School.

The book gathers U.S. and international experts in the field and provides extensive analysis of the international and comparative framework of trademark law.

As highlighted in the introduction, “Trade in goods and services has historically resisted territorial confinement.” However, trademark protection remains territorial and practitioners, policy-makers and academics need to understand principles of international and comparative law. 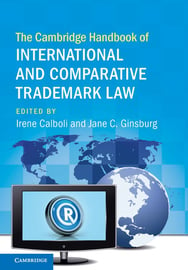 Calboli and Ginsburg gathered comparative perspectives on substantive issues in trademark law, such as geographical indications, advertising law, and domain names. Comparing common law and civil law approaches, particular emphasis is placed on the United States and the European Union in light of the role these systems have played in the development of trademark laws. However, the analysis extends to several other jurisdictions in Asia and the Pacific, Africa, and South America.

Praise for the book has come quickly from academics, practitioners, the judiciary, and officials in international and regional organizations.

Francis Gurry, former Director General of the World Intellectual Property Organization, said, “with brands assuming ever greater importance and value in the global market, this work is a much needed, comprehensive and insightful contribution from leading global experts.”

According to Antony Taubman, Director, Intellectual Property, Government Procurement and Competition Division at the World Trade Organization, “this substantial volume meets the consequent need for an authoritative and systematic survey of this brisk evolution, internationally and in key national jurisdictions."

About Professor Calboli:
Irene Calboli is internationally well-known and widely cited for her research in the field of International IP Law and Trademark Law. She is regularly asked to advise international and regional organizations in matters related to Trademark Law. She is the co-founder of the IP & Innovation Researchers of Asia Network, which has become the premier academic forum in Asia, and the IP Researchers of Europe Conference, a forum to promote international dialogue between U.S. and European scholars, both of which are supported by the World Intellectual Property Organization and the World Trade Organization. In the United States, she founded the International IP Roundtable, an annual gathering of senior academics interested in International IP Law.