Texas A&M University School of Law Professor Lisa Rich started off the law school's speaker series in San Antonio in early September, presenting on Business, Crime and the Federal Sentencing Guidelines: An Overview of Investigations, Prosecutions and Sentencing of Businesses.

Professor Lisa A. Rich, an expert in federal criminal law and policy, and a former Director of Legislative and Public Affairs at the United States Sentencing Commission, provided an overview of the federal criminal justice process as it relates to corporations and other business entities from investigation to sentencing. The presentation covered the most prevalent types of corporate crime being investigated at the federal level, including the agencies leading those investigations, an overview of the prosecutorial process, the types of questions businesses under investigation likely will be asked and the documents they should have ready, and the role of the Federal Sentencing Guidelines in the process.

Professor Rich and the Residency Externship Program in Public Policy hosted Mattie Parker, chief of staff to Mayor Betsy Price and the Fort Worth City Council, at the law school September 11, 2018. Ms. Parker, a graduate of Texas A&M Law when it was Texas Wesleyan University, talked to students about the law, public policy and legal careers in the public sector.

Texas A&M School of Law is an American Bar Association-accredited institution located in downtown Fort Worth. In 2013, the law school acquired Texas Wesleyan University School of Law and has increased faculty and students exponentially in its five-year existence. The law school ranks highly nationwide in dispute resolution and intellectual property and offers 11 clinics that introduce students to real-world applications of the law. For more information, visit law.tamu.edu. For more information about the Texas A&M University School of Law M.Jur. program, click here. 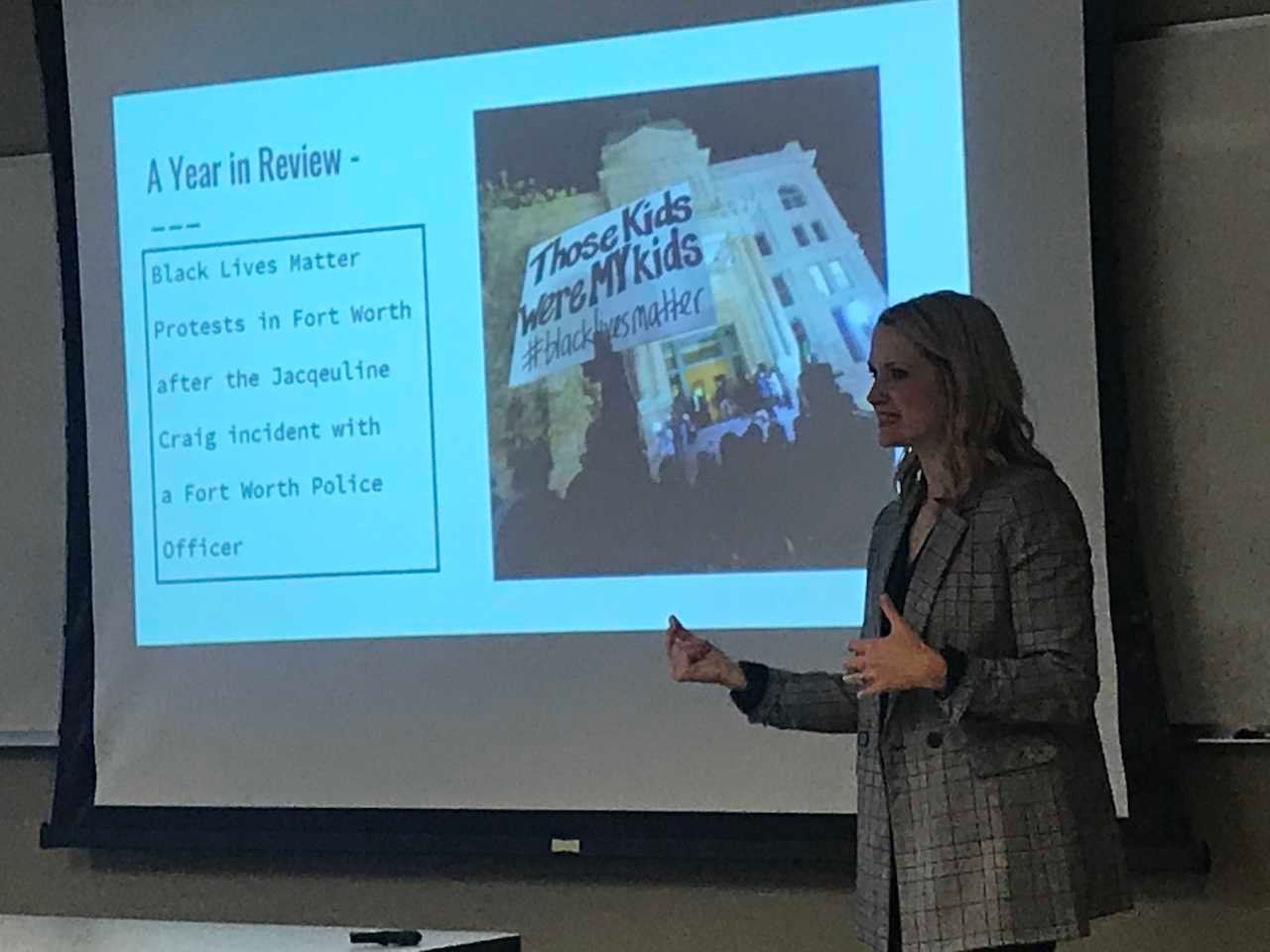