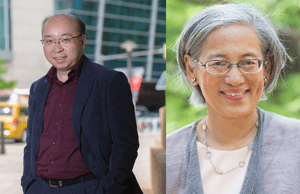 At the 99th annual meeting of the American Branch of the International Law Association on October 24, two professors at Texas A&M University School of Law were elected Branch leaders. Professor Peter Yu was elected one of the Branch's vice-presidents, and Professor Charlotte Ku was elected to the Board of Directors.

Founded in Brussels in 1873 and currently headquartered in London, the International Law Association (ILA) is the preeminent international non-governmental organization involved in developing and restating international law. It has 60 branches and around 4400 members.

Established in 1922, the American Branch has more than 250 members and is one of the ILA's largest branches. In addition to participating in Branch committees, events and other activities, Branch members have opportunities to represent the United States on ILA committees and to "help prepare draft treaties or studies in collaboration with leading international lawyers and international law academics from around the world."

Professor Yu directs the Center for Law and Intellectual Property and holds a joint appointment at the School of Law and the Department of Communication at Texas A&M University. Last weekend, he became the first member of Asian descent in more than two decades to be elected one of the Branch's vice-presidents.

Professor Yu has served as the Director or Co-Director of Studies of the American Branch in the past four years and has been a member of the Board of Directors (and previously the Executive Committee) since October 2006. He currently co-chairs the Branch's Committee on International Intellectual Property. He is also one of the four U.S. delegates to the ILA Committee on Intellectual Property and Private International Law.

He co-chaired the annual meeting of the American Branch in New York in 2006 and 2016. With Professor Ku, he also co-chaired International Law Weekend—South, the Branch's inaugural regional meeting in the southern part of the United States. Held at Texas A&M University School of Law in March 2017, the event was entitled "The Global Future of International Trade, Human Rights, and Development." 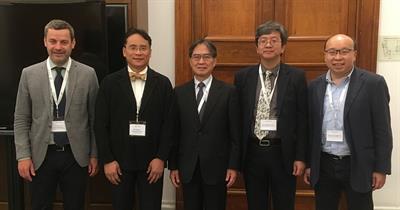 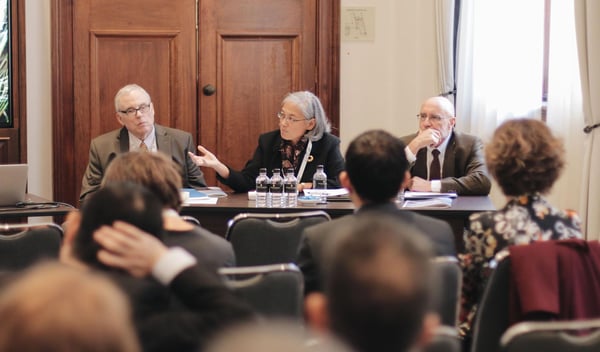 Photo Caption: Professor Ku spoke on the panel on "The Visualization of International Law in Our Teaching" at the 2018 ILA Biennial Conference in Sydney. Left to right: Professor John Gamble (Pennsylvania State University), Professor Ku and Professor Hennie Strydom (University of Johannesburg).