"Does anybody know anything about this stimulus money?"

The question struck Texas A&M Law professor Gabriel Eckstein like a sledgehammer. Posed to an internal listserv by an IT staffer at the law school, Eckstein immediately saw the greater implications. The massive $2.15 trillion stimulus package known as the Coronavirus Aid, Relief, and Economic Security (CARES) Act came with a blizzard of rules and requirements, all encoded in legalese that few could understand. 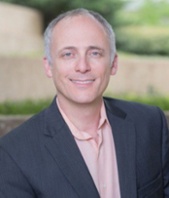 Eckstein understood there was a tremendous need for "good information" to be circulated. While the Act was not in his area of legal expertise, he knew a group of experts who would be the perfect interpreters.

"Getting accurate and timely information on the CARES Act out to a general audience was a public service that someone needed to do. And who better to provide that service than our Texas A&M Law faculty? " Eckstein said.

Eckstein envisioned some manner of online seminar - a webinar - to offer the public a straight-forward translation of the relevant provisions, presented in a compelling, easy-to-use format. Enlisting the aid of Texas A&M Law faculty and staff, Eckstein forged a team of expert presenters.

With the assistance of the IT director, Chad Ballenger, Eckstein secured a necessary upgrade to the law school’s Zoom software, and began teaching its features to his faculty presenters.

With the system's ability to post PowerPoint slides in one window, along with the speaker video and a transcription alongside and below – as well as audience member's ability to expand images on the screen, the webinar was user-friendly and widely accessible.

Professor Luz Herrera moderated the first session and served as a presenter in the final webinar. Although never having moderated a webinar, Herrera had facilitated several in-person panel discussions. She felt that experience served her well in this new role.

"I give a lot of credit to Professor Eckstein for the work he did to organize (the webinars) and to train us on the software," she added.

The webinar panel presentations typically followed the same format, with the moderator introducing the panel and identifying their areas of expertise. After each panelist gave a seven to 10-minute PowerPoint presentation, following by questions to the panelists that were either sent in earlier or noted live through the Zoom chat feature, during the webcast. Behind the scenes, Eckstein handled the various tasks necessary to ensure the system was running properly.

“I was confident the presentations would go smoothly, even though we pulled them together quickly," said Eckstein.

Professor Newman said that while every point made in the various presentations was useful to the gathered audiences, there were a few takeaways he felt were critical to a wide variety of attendees.

"Even though the first $349 billion has already been depleted [in the small business relief package], those who haven't applied need to apply, so that they will already be in the process when the next stimulus gets approved," he recommended. “I would put that process in motion, even while you work on other solutions."

Professor Herrera addressed the current housing and commercial environment:  “There is not just one path to recovery and normalcy. What may work for one person may not work for the next."

Further, she stated: "Most solutions to legal problems must necessarily be tailored, depending on the applicable law, available financial resources, and the willingness of parties to come to an alternate agreement."

Since the webinars, Texas A&M Law Professor Bob Probasco, who presented on the first panel, has been sought out by various media sources, to comment on tax issues surrounding the CARES Act.

On the webinar, Probasco warned the public to "beware of scams aimed at the economic impact payments." His concern is that, with so much money being distributed – and so many individuals, families, and businesses facing stress and deep uncertainty – scam artists will seek to prey on the vulnerable with false claims and lawless schemes to take their money.

He also gave credit to the oft-maligned Internal Revenue Service.

"For all of our criticism, the IRS responded incredibly quickly to not only issue these payments but also to provide other forms of relief," he said.

Professor Brendan Maher, recently hired to join the Texas A&M Law faculty, expressed his admiration of his new colleagues as he prepared for his segment on the CARES Act impact on the American healthcare system.

“My expectations for the success of the webinars were set pretty early. They were crisp in their design: short presentations, opportunities for questions and answers to follow, all presented in an accessible way, so that regular viewers could make sense of the craziness – and find watching the presentations to have been a good use of their time," Maher said.

As quickly as the webinars were announced and presented, more than 1,200 registered to participate in them live – while hundreds of additional viewers engaged the webinars on the school's website or YouTube page.

Professor Eckstein summed up the experience:

"I think our webinars have been successful because there is a critical need for information about the CARES Act among the general public – and because Texas A&M Law and our faculty are considered a trustworthy source of the necessary information."

Looking to the future, Eckstein has announced that Texas A&M Law's faculty will continue to produce such valuable educational programs, as a public service.

"Other organizations are now looking to collaborate with us on additional programs, given the faculty expertise and insight they’ve already seen."