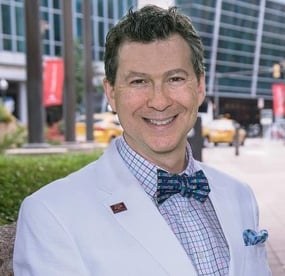 William Byrnes will debate with a former IRS official, Barbara Mantegani, whether the new BEAT (an alternative minimum tax regime for foreign corporations’ US income) is a treaty override.

Byrnes says, “Barbara and I have flipped a coin for opposite positions on whether the unfavorable treatment of foreign tax credits for BEAT purposes applies in a treaty context?"

Byrnes will argue the position that BEAT is either an intentional or unintentional but valid override of the U.S. tax treaty obligations like FIRPTA was in ‘86.  Mantegani will take the position that Congress either did not intend an override or that U.S. tax treaty provisions still allow for the IRS to meet treaty obligations to partner countries.

"This lively format will enable audience members to more fully understand the factors that Treasury and the IRS are weighing as they draft guidance on the BEAT and to better evaluate the risks to their clients.” added Mantegani, who served as a competent authority analyst and then APA team Leader with the IRS.

William Byrnes is the primary author of Lexis’ treatises “Practical Guide to U.S. Transfer Pricing” and “Taxation of Intellectual Property."