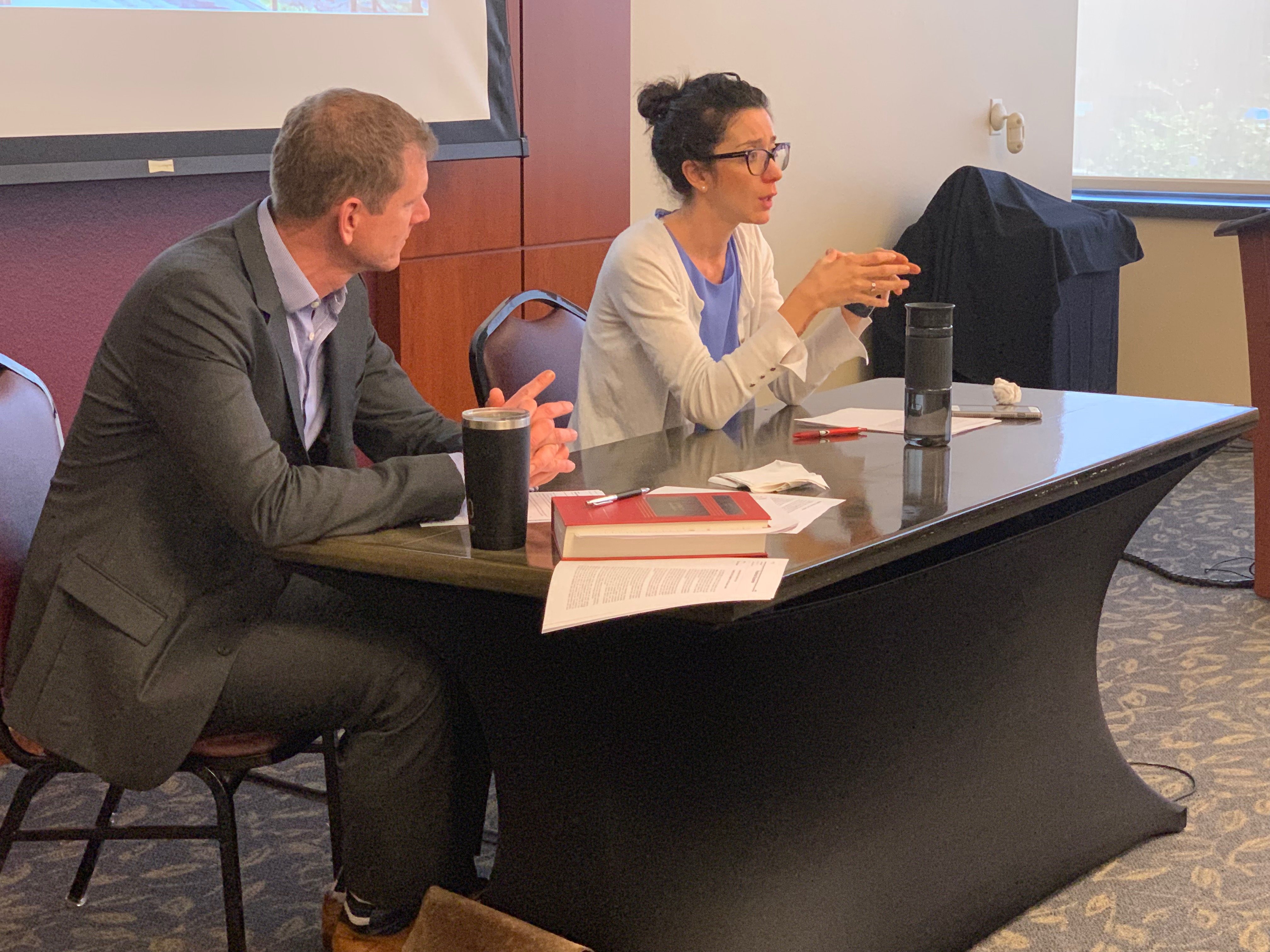 Texas A&M Law Professors Vanessa Casado Pérez and Felix Mormann participated in a panel discussion for students at a lunch-hour event on March 18, 2019. The panel moderated by Professor Gabriel Eckstein focused on how the current administration’s rollback of environmental regulations might affect legal job market. The discussion was attended by a room full of students concerned that the current administration could affect their job prospects.

Professor Casado Pérez started off the discussion with a crash course on natural resource administrative issues. She emphasized that deregulation is carried out not only by removing prior administrations’ regulations but also by failing to enforce regulations, like carbon regulations, or by enacting new regulations that have deregulatory effects.

Even though deregulation can occur, there are constraints in place to prevent the current administration from totally deregulating the environmental field. According to both professors, statutes like the Endangered Species Act (ESA) and National Environmental Policy Act (NEPA) will not change because the executive branch does not have the power to act alone to decrease or increase enforcement of environmental statutes.

Since the 1970s, when critical environmental statutes such as the ESA, Clean Water Act and Clean Air Act were enacted, the U.S. has implemented a great amount of environmental regulations. So, even if the current administration took away all of the federal agencies’ environmental regulations, there will always be the statutes to fall back on, according to Professor Mormann. Those statutes cannot be undone overnight because it requires a very lengthy process to repeal such statutes.

Therefore, even if we were to lose some of the current agency regulations, environmental lawyers will always have the federal statutes to protect the environment. “Anything Trump is doing will not jeopardize job prospects,” stated Mormann. “Natural resource system agencies will always be looking for lawyers and bright minds.”

Further, states can also take their own initiatives and create constraints in environmental enforcement greater than those in the federal statutes. As a result, future lawyers need not worry about their job prospects in the environmental field, said Casado Pérez.