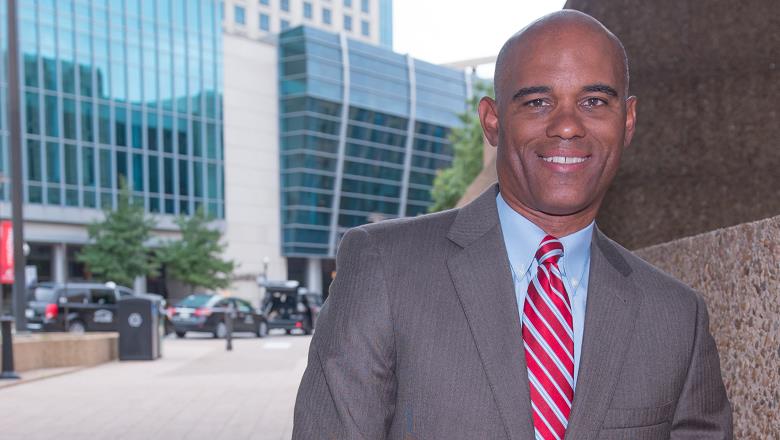 Professor Thomas Mitchell joined Texas A&M in 2016 as a Professor of Law. He teaches property and land use courses and also serves as co-director of the Real Estate and Community Development program at the Texas A&M School of Law. While Professor Mitchell enjoys teaching, he says he has always enjoyed research, particularly when focused on broader social impacts. The primary focus of his research is real property in rural and economically disadvantaged communities, which began when he was working on his LL.M. degree at the University of Wisconsin.

Professor Mitchell reflects on the start of his research saying, "I encountered a number of African Americans who told me about their problems with tenancy in common ownership . . . and they talked about these partition actions and what they described seemed so incredibly unjust, unbelievable actually. I didn't think what they were describing seemed possible," which is what led Thomas to dig further and continue his research on the topic. Several years after becoming fully engaged with the topic, media coverage by the Associated Press spurred the American Bar Association (ABA) to create a property preservation task force, which set several goals including approaching the Uniform Law Commission (ULC) to draft a uniform code aimed at preserving heirs’ properties in state legislation. While the group was skeptical that the ULC would accept a proposal aimed at economically disadvantaged rural African American families, to their surprise, not only did the ULC accept the proposal, but they also asked Mitchell himself to author the code.

In the spring of 2017, the Uniform Partition of Heirs Property Act (UPHPA) was enacted into Texas law, making Texas the tenth state to do so. The UPHPA targets the unstable system of real property ownership by creating uniform language that can be introduced into state legislatures. The 2018 Farm Bill has furthered the progress by encouraging states to adopt the provisions. Mitchell attests that at least five of the twelve introductions by 2019 state legislatures are attributable to the momentum gained through the Farm Bill. Currently, thirteen states plus the Virgin Islands have adopted the UPHPA, and the numbers for next year look promising, according to Mitchell.

Looking back on the process and the success thus far, Mitchell hopes more groups representing disadvantaged or underrepresented groups can take advantage of the opportunities the ULC offers. The lack of existing legal infrastructure serving rural and economically disadvantaged groups makes access to legal resources extremely difficult. Mitchell hopes more groups can capitalize on the available resources to create more opportunities in the lives of underrepresented communities. Mitchell says that because families in jurisdictions with the UPHPA can now clean up title to their lands, they are now able to access more government programs and resources, and to list their newly minted titles as collateral when seeking loans and investments in growing farms or businesses.