Isaac Olson’s (3L) article, “New Challenges to Transboundary Unitization in the Gulf of Mexico,” was selected for publication in the Texas A&M Journal of Property Law. The article discusses the impact of new technology on oil companies’ ability to drill at deeper ocean depths to tap offshore reserves. Offshore drilling poses problems where oil reserves hundreds of miles from shore cross an international boundary line. Olson explains that while American courts typically apply the rule of capture to determine who owns the subsoil resources, international law requires countries to work together to maximize the efficient, safe extraction of the resources. In 2012, the United States and Mexico drafted a treaty that would govern the unitization of an offshore transboundary oil field. Today, Mexico’s energy laws are very different, a new administration threatens to unravel recent liberal reforms and the

United States has become more hostile to Chinese investment in the region. With these political challenges in mind, the treaty is very vague on critical issues, particularly, its dispute resolution clause, which the U.S. and Mexico must strengthen if the treaty is to be effective, and shared transboundary resources developed efficiently to the benefit of both nations. The treaty creates a body called the Joint Commission to create much of the treaty’s policy and procedure. Olson argues that in order to maintain good relations and a healthy energy sector, the Joint Commission needs to create subsidiary committees subject to its control and comprised of various experts to ensure the treaty is implemented impartially. The article is scheduled for publication in Spring 2020. 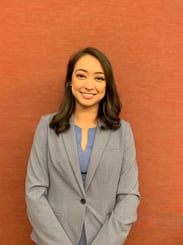 Karina Rios’ (3L) article, “What’s in a Name?: The Changing Definition of Colonias in Texas,” was selected for publication in the Texas A&M Journal of Property Law. Rios’ article explains the lack of access of Colonias to basic infrastructure and safe, suitable housing. The lack of infrastructure has led to significant health and environmental problems such as hepatitis, cholera, lice infestation, groundwater contamination and air pollution. Additionally, counties have little power to regulate development in unincorporated areas, which has contributed to unsafe, substandard housing. The article also explores legislative efforts that have attempted to address these problems. However, Rios argues that without a method of tracking and prioritizing which Colonias need what services, funds and resources are spread too thin. She concludes that by creating a uniform definition, tracking the progress of Colonias, proving more funds, and empowering counties, efforts can finally succeed in making Colonias a thing of the past. The article is scheduled for publication in Spring 2020. 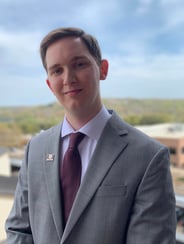 Kameron Smith’s (3L) article “Subsurface Tension: The Conflicting Law of Texas and New Mexico over Shared Groundwater and New Mexico's Desire for Regulation,” will be published in The Texas A&M Law Review. The article explores the impact of a recent oil boom in southern New Mexico which has resulted in increased hydraulic fracturing operations in the region. As a consequence, a steady and reliable supply of water in required for such operations. As New Mexico regulations make it difficult to acquire a steady supply of water within the state, oil and natural gas producers are turning to unregulated areas in Texas, which permit unlimited pumping of groundwater. However, this groundwater is being pumped from the Pecos Valley aquifer, which is the same source of water that New Mexico is regulating within its borders. This issue is only one in a series of interstate water feuds between the two states. This article identifies the current practice of groundwater imports from Texas into New Mexico and the methods New Mexico might employ to limit or prevent such imports and suggests interstate compact as an alternative to New Mexico attempting to regulate water imports, which would undoubtedly lead to extensive litigation. 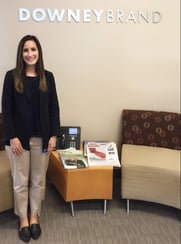 Alexandra Lizano (3L) is a summer associate at the California-based firm, Downey Brand, a full service firm headquartered in Sacramento. Lizano is one of two inaugural summer associates in the firm’s San Francisco office. The San Francisco office focuses exclusively on natural resources, land use, CEQA/NEPA work and related issues. Through her associateship, Lizano has had the opportunity to compare the differences between her experience last summer at the U.S. Department of Justice and law firm practice. She has drafted an article for the California Water Law and Policy Reporter, researched climate change policy in the state and helped on a land use pro bono project. Lizano stated that her experiences in legal writing, environmental law, natural resources and water law have proven incredibly helpful in the internship. 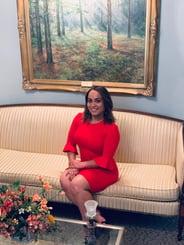 Alexis Long (3L) is a summer clerk in the legal department of Energy Transfer, a midstream oil and gas company headquartered in Dallas, Texas. The department is focused mainly on corporate and contract matters. As part of her position, Long has completed memoranda focused primarily on contract disputes and the Clean Water Act.
Molly Parlin (3L) is currently working at the Office of the New York State Attorney General, Bureau of Environmental Protection. As a summer intern most of her work centered on research and writing memoranda of law for different environmental litigation matters in which the state is involved. In particular, she worked on challenges to the EPA's recent regulatory rollbacks and other lawsuits involving groundwater contamination.

Rory Smith (2L) is completing an internship with the EPA in the Dallas Region 6 Office. Smith works in the enforcement division alongside the water, air and RCRA teams. Through his position, Smith has attended meetings, assisted in research and participated in settlement 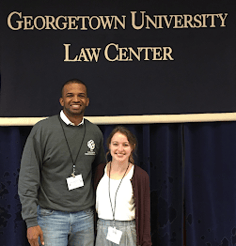