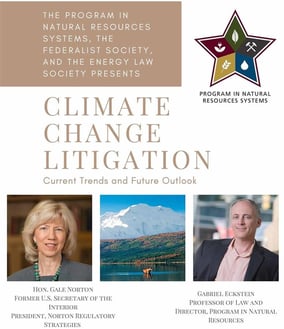 Norton served as the 48th United States Secretary of Interior from 2001 until 2006, under the leadership of President George W. Bush.  She is the first woman to hold that position.  She also served as Colorado's Attorney General.  Norton has played a significant role in national energy policies.