Texas A&M University School of Law Professor Saurabh Vishnubhakat will be testifying on Wednesday morning at the Federal Trade Commission’s “Hearings on Competition and Consumer Protection in the 21st Century.” 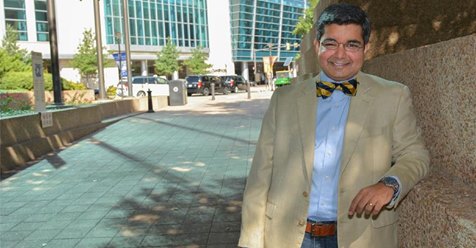 A live broadcast was available, and a recorded video of the hearings will also be available later.

At Texas A&M School of Law, we believe that the best education combines cutting-edge knowledge of the law with real-world skills. We have a diverse faculty that includes preeminent scholars, seasoned law and business professors, and professional experts. Our professors are pioneering authors, speakers, and financial advisers. They have worked at top law firms and important government agencies, and occupied top positions within the financial industry. That’s why our graduates are well-rounded and prepared to meet the challenges they will face in practice.