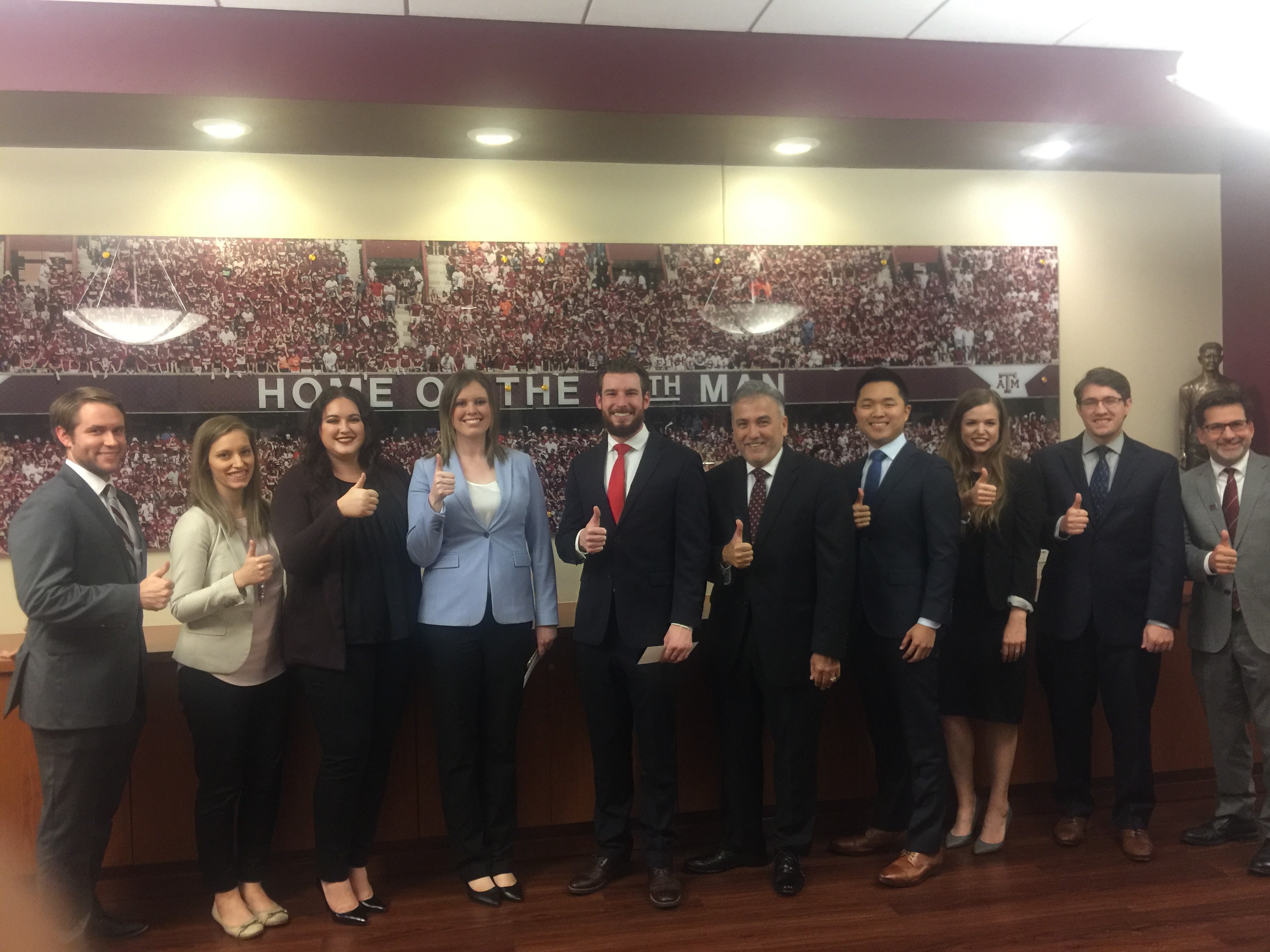 Fourteen Texas A&M University School of Law students participated in the traditional Aggie Ring Day Ceremony.  The ceremony took place in the law school's lecture hall with a reception that followed in the conference center.

The ceremony speaker, Texas A&M alumnus Paul Stafford, shared his decision to join the Aggie family when he was in high school. Today, Stafford is an attorney with Thompson & Knight in Dallas.

Aggie Ring Day is special for students and Texas A&M University School of Law Dean Ahdieh since it is his first.

During the ceremony, the Dean outlined the significance of the Aggie ring and the network that accompanies it.

Dean Ahdieh began a new tradition that social media fans everywhere will champion. Ring recipients were asked to take out their phones and post, tweet and "snap."

Aggie Ring Day is a celebration of remarkable achievement.