Peter K. Yu, Regents Professor at Texas A&M University School of Law, recently joined leading trade experts from around the world at the World Trade Organization (WTO) to officially launch the book Trade in Knowledge: Intellectual Property, Trade and Development in a Transformed Global Economy. Published jointly by the WTO and Cambridge University Press, this new book was edited by Antony Taubman, the director of the WTO Intellectual Property, Government Procurement and Competition Division, and Jayashree Watal, a former counsellor at the Division and Honorary Professor at the National Law University, Delhi in India. 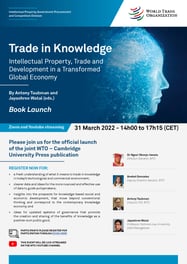 The archived webcast is available on YouTube. More information about the book can be found here.

Opening the first panel on Conceptual Framework: Rethinking Trade in Intellectual Property, Yu outlined three sets of challenges digital technology has posed to the international trade regime, including intellectual property protection in a data-driven economy, the flow and transfer of codified and uncodified knowledge and the changing dynamics brought about by the emergence of new geopolitical players. Yu concluded by noting the challenges confronting international norm setting in data-related areas, in particular the interplay of the various international regimes and the increased need for specialized technical expertise in the dispute settlement process.

Yu contributed a chapter entitled Fitting Machine-Generated Data into Trade Regulatory Holes to the book. Drawing on the 2017 European Union proposal for strengthening the protection for non-personal, anonymized machine-generated data, his chapter highlights two sets of challenges concerning the development of new trade standards for regulating the cross-border flow of machine-generated data: (1) national policy development and (2) international norm setting. The chapter further explains why the protection, regulation and overall governance of machine-generated data may not fit well with the existing international trade regime.

Professor Yu directs the Center for Law and Intellectual Property and holds a joint appointment at the School of Law and the Department of Communication at Texas A&M University. An award-winning teacher and a prolific scholar, he is vice president and co-director of studies of the American Branch of the International Law Association and has served as the general editor of the WIPO Journal published by the World Intellectual Property Organization. He has testified before the U.S. International Trade Commission and has spoken on intellectual property issues at the National Academy of Sciences, the U.S. Library of Congress and the U.S. Patent and Trademark Office. He is an elected member of the American Law Institute. 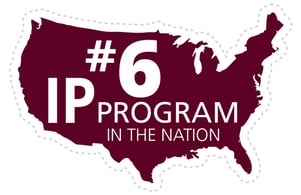