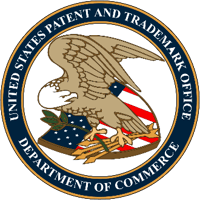 Saurabh Vishnubhakat, professor of law at Texas A&M School of Law, has some suggestions for the Biden-Harris Administration on science and technology policy, especially diversity in the U.S. innovation system. Vishnubhakat contributed to the Day One Project’s Transition Document for the United States Patent and Trademark Office, a policy memo with over two dozen actionable recommendations for the nation’s innovation agency. The memo was jointly authored by a select group of academics, current and former government advisers and other policy experts.

The Transition Document especially includes recommendations about Equity, Diversity and Inclusion—a section that Vishnubhakat has amplified in an op-ed on the leading IPWatchdog blog. 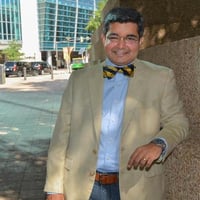 Vishnubhakat, a member of Texas A&M’s nationally ranked Center for Law and Intellectual Property, also involves his students directly with the conversation about diversity in innovation. Last month, he hosted a panel event for the Law School called Innovation and the University: A National Perspective with Andrei Iancu, the Under Secretary for Intellectual Property in the U.S. Department of Commerce and Hope Shimabuku, Texas Regional Director of the USPTO.

In 2019, he jointly authored a public filing to the USPTO with Alexandra Fuchs (’20) and Lora Elkins-Naismith (’21) for the agency’s Study of Underrepresented Classes Chasing Engineering and Science Success (SUCCESS) Act. Their joint filing focused specifically on the participation of women in patenting and entrepreneurial activities.

“Diversity is essential to innovation, just as innovation is to social progress,” says Vishnubhakat. “But it is not enough to study the data and refine the policy. We must also equip our students to see its value and contribute to its success.”

Diversity and access to the innovation system has been part of Vishnubhakat’s research and policy agenda for almost a decade. His 2014 study Gender Diversity in the Patent Bar was an early data-driven exploration of that subject and was cited last December in a letter to Under Secretary Iancu by Senators Mazie Hirono of Hawaii, Thom Tillis of North Carolina, and Chris Coons of Delaware. As an advisor to the Chief Economist of the USPTO from 2011 to 2015, Vishnubhakat also worked on the USPTO initiative under the America Invents Act to study the diversity of patent applicants.