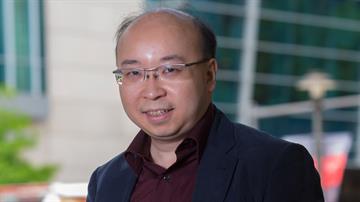 Professor Peter K. Yu of Texas A&M University School of Law delivered a plenary address at the 9th Asia-Pacific Innovation Conference (APIC) at the Delhi School of Economics in New Delhi, India. Launched at the University of Melbourne and rotating around the Asia-Pacific region, this annual event is one of the premier conferences on innovation in the region. This event was organized by Professor Sunil Kanwar of the Delhi School of Economics.

Titled "The Complex Trajectory of Chinese Intellectual Property Law," Yu's plenary address explored the developments of Chinese intellectual property law and policy in the past four decades. It also highlighted the geopolitical, economic and technological complications that will affect future developments. The address drew on his research on the past 50 years of English-language scholarship on the Chinese intellectual property system.

Later this year, Edward Elgar Publishing will publish a reference book set Yu has recently curated. The edited volumes in the set will draw on his research from a multi-year project. An introduction to this reference set is available online.

"Having started my research on intellectual property law in China in the late 1990s, before the country joined the World Trade Organization, I am very excited about my current project," said Yu. "This project allows me to revisit many of the seminal works published in this area in the past half-century. It also enables me to bring fresh perspectives into the classroom."

"The recent conference at the Delhi School of Economics is especially interesting," Yu continued. "Asia has experienced many fascinating developments on innovation, and India now plays a critical role at both the regional and global levels. Even better, I was able to connect with scholars from other disciplines who have studied at Texas A&M University or have pro 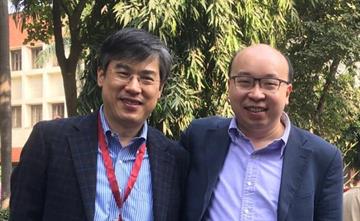 fessional or personal ties to the Aggie family."
Established as a multidisciplinary forum with primary foci on economics, law and management, the annual Asia-Pacific Innovation Conference has attracted speakers and participants from different disciplines from around the world.
Yu with Jun Byoung Oh '02, Professor of Economics, Inha University, Incheon, South Korea, at APIC. Professor Oh received his Ph.D. from the Department of Economics at Texas A&M University. 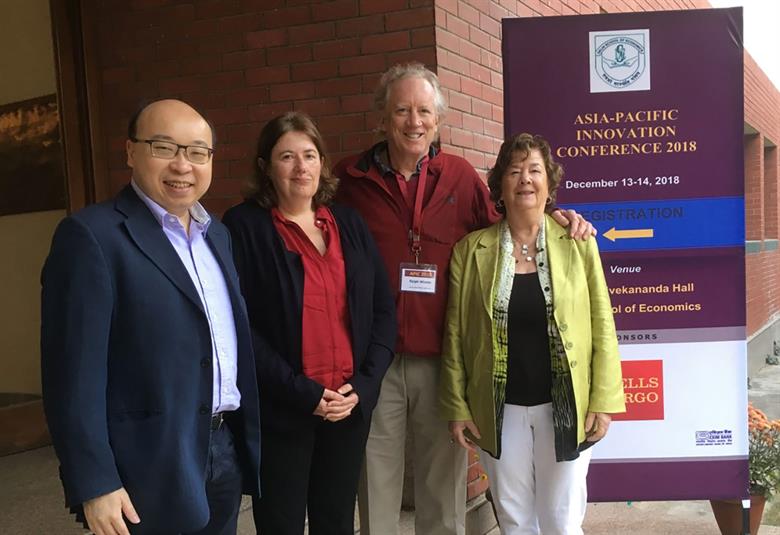 While in New Delhi, Yu attended the board meeting of the Asian Pacific Innovation Network, at which he was re-elected to the board for another three-year term. He previously served as a member of the founding management committee when the Network was launched at the University of Melbourne in January 2010.

Yu directs the Center for Law and Intellectual Property at Texas A&M University School of Law and holds a joint appointment at the Department of Communication at Texas A&M University. He is an award-winning teacher and a world-renowned expert on international intellectual property law. He also serves as the Director of Studies of the American Branch of the International Law Association. 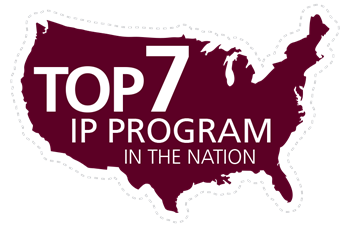 Under his leadership, the intellectual property law program at Texas A&M University has been transformed into a leading international hub for research and education in the field. In addition to an intellectual property concentration for J.D. students, the program offers a Master of Laws (LL.M.) in Intellectual Property degree for lawyers and a Master of Jurisprudence (M.Jur.) in Intellectual Property degree for non-lawyers. In the past two years, peer surveys conducted by U.S. News and World Report have ranked the program seventh in the nation.