Forthcoming from Cambridge University Press, this interdisciplinary book is co-edited by Professor Daniel Benoliel of the University of Haifa Faculty of Law, Francis Gurry, the director general of the World Intellectual Property Organization (WIPO) from 2008 to 2020, Professor Keun Lee of the department of economics at Seoul National University in South Korea and Regents Professor Peter Yu of Texas A&M University.

This pre-launch event, entitled "Inequality Through IP: A New Policy Lever?" is organized by Professor Benoliel and Professors Robert Burrell and Dev Gangjee of the University of Oxford. More information is available online. 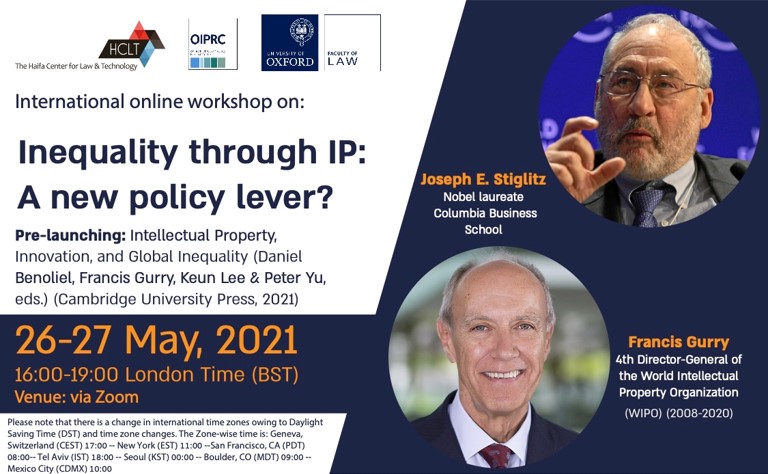 Nobel Laureate Joseph Stiglitz, university professor at Columbia University, will serve as the event's keynote speaker. In addition to the former WIPO Director General and leading intellectual property law scholars from Duke, Harvard, NYU, Oxford, Yale and other institutions, the event will feature Carlos Correa, the executive director of the South Centre, an intergovernmental policy institution for developing countries; Thomas Cottier, the former managing director of the World Trade Institute at the University of Bern and Switzerland's chief negotiator on the WTO TRIPS Agreement; Carsten Fink, the chief economist of WIPO and Keith Maskus, the former chief economist of the U.S. Department of State.

Professor Yu will present his book chapter entitled "Intellectual Property, Global Inequality and Subnational Policy Variations." His chapter explores the complications Brazil, China, India and other emerging countries have created for the North-South debate on intellectual property policy. Focusing beyond the inequality between developed and developing countries, Yu calls for greater policy and scholarly attention to the considerable variations in economic and technological conditions at the subnational level. His presentation will outline policy responses that could be put in place to alleviate national inequality in emerging countries. 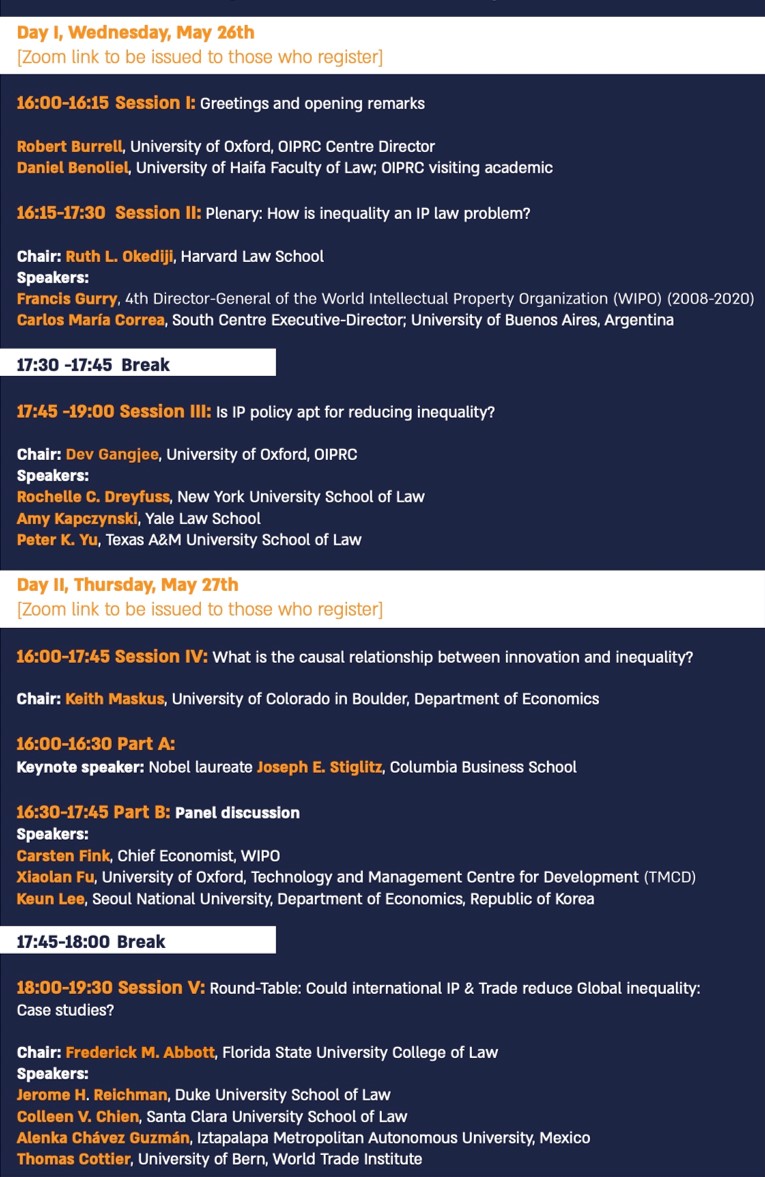 Professor Yu is the director of the Center for Law and Intellectual Property at Texas A&M University and holds a joint appointment at the School of Law and the Department of Communication. An award-winning teacher and a prolific scholar, he is vice president and co-director of studies of the American Branch of the International Law Association and has served as the general editor of the WIPO Journal. He has testified before the U.S. International Trade Commission and has spoken on intellectual property issues at the National Academy of Sciences, the U.S. Library of Congress and the U.S. Patent and Trademark Office. 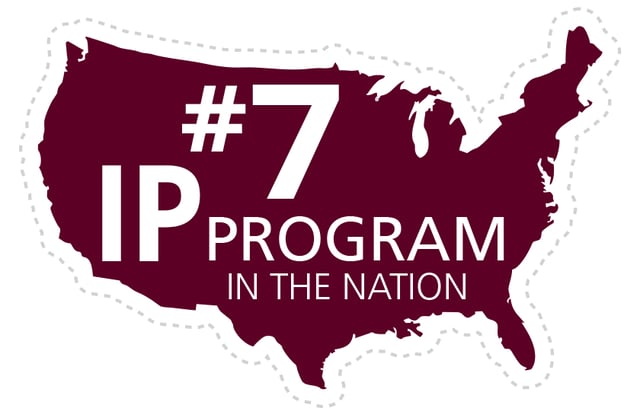